Search for a company in Eastern Cape

Filter Things To Do by Type 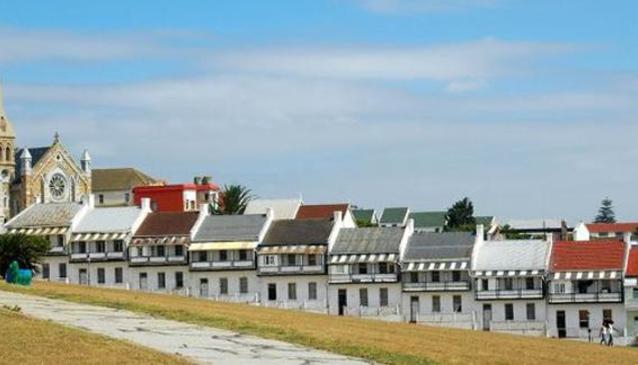 Are you a business owner in Eastern Cape?

Promote your business 365 days a year with the #1 Guide to Eastern Cape.

For visitors to Port Elizabeth who have a passion for history, the Donkin Heritage Trail is a must. At 5 kilometres long this interesting and historical trail offers you the chance to follow in the footsteps of the 1820 Settlers, taking you to over 40 historical sites in central Port Elizabeth.

In 1820 the British and South African Cape authorities selected a group of approximately 4,000 British colonists to be shipped to settle in South Africa’s Eastern Cape region. This settlement was an attempt to defend the eastern frontier against the neighbouring Xhosa peoples, and to provide a boost to the English-speaking population. The 1820 Settlers movement was one of the largest stages of British settlement in Africa and played a pivotal role in the development of an Anglo-African culture in South Africa.

The Donkin Heritage Trail, which is named after the then Acting Governor of the Cape Colony , Sir Rufane Donkin, gives visitors a chance to walk the path many of these settlers once trod.

The trail starts with a walk around the city’s Market Square with its historical City Hall, dating back to 1858. In the Market Square you will also find a replica of the Dias Cross, which commemorates the first European to sail into Algoa Bay in 1488, the Portuguese explorer, Bartholomeu Dias.

The Donkin Heritage Trail also includes a walk around the Donkin Reserve – a picturesque park created by Donkin himself and a visit to the Donkin Street Houses that run alongside the Reserve and provide a beautiful example of Victorian colonial architecture. The Donkin library building, also a gorgeous example of Victorian Gothic architecture, is on the corner of Market Square and well worth a visit. No amble along the Donkin Trail would be complete without a stop at Number 7 Castle Hill, which claims to be the oldest surviving settler cottage in the city.

If you are feeling energetic, a climb up the 200+ steps of the 52m high Campanile erected in 1923 in honor of the first settlers, is well worth it for unsurpassed views over Algoa Bay. Other buildings and monuments of interest include the1861 Lighthouse, now home to the Tourist Information Office, the Nelson Mandela Metropolitan Art Museum, the Mannville open air theatre, several churches and the PE opera house - all within easy walking distance of the Donkin houses.

Visitors to Port Elizabeth do not need a tour guide to walk the Donkin Trail as the route is very well sign posted, making self-guided tours possible. A map of this trail may be purchased from the tourist office located in the lighthouse at the Donkin Reserve. However, if you wish to experience the true history and gain a little more in-depth knowledge, why not try one of our recommended guided tours to truly bring this era to life.

Login to create your guides for Eastern Cape.

Add to My Guide

Create & Share Your Own 'Mini Guide to Eastern Cape'

Create your own guide of favourite 'must see' places

Earn your Local Expert badge by Sharing your guides with others

Part of the My Guide Network

My Guide Eastern Cape is part of the global My Guide Network of Online & Mobile travel guides.

We are now in 120+ Destinations and Growing. If you are interested in becoming a local travel partner and would like to find out more then click for more info about our Website Business Opportunity.